I’ll always be impressed with the rapid growth we see on a daily basis with the web. We started with incredibly basic websites, operated by an exclusive group of people. Then we observed how unpleasing these basic web pages looked, so we started to integrate graphical elements, like colorful navigation bars, photos, etc. We were getting somewhere, and with time trends were developed that would begin to set a new standard in how web pages were presented.

At this point, we faced another issue—speed. We’ve come so far in even the past decade in optimizing download speeds on the internet, but web pages loading slowly was a frequent issue that drove users away from websites, ridding companies of business, losing interest with the public, and downright annoying people by appearing unprofessional or amateur in the “internet proving grounds”. This began the exciting merge of beautiful webpages with lightning-fast load times.

A neat example of the ways we’ve been starting to optimize websites is through Sprites. Speaking in computer terms, “Sprites” refers to an experimental operating system developed by a group of researchers at the University of California, Berkeley, from the mid-80s to the early 90s. This operating system used cached files to improve performance. In modern web terminology, “Sprites” refer to 2-dimensional images that hold a varying amount of graphics inside. Here’s an example:

Note that several social icons are contained in one master image. When using Sprites, developers essentially “frame” which icon from the master image they’d like to show, and use each icon in any position they need to on a website while only using one HTTP request to load all ten icons. The first time you load up this website, your web browser stores all graphics, including the sprited image, in a cache so the site loads faster in the future. So there you have it—10 icons and one image is the summary of that incredibly long description of Sprites. That’s how Sprites improve web performance.

Enough chatter about specifics of improving web technologies. It’s just incredible to see how quickly we as developers change our practice to represent the World Wide Web as it is today as opposed to yesterday. It’s also cool just to see what is unfolding right in front of us, with all of the different Google technologies that are speeding up the web that much more. I’d be curious to see where the web is in the next three years.

Finding Your Target Customer in 2020 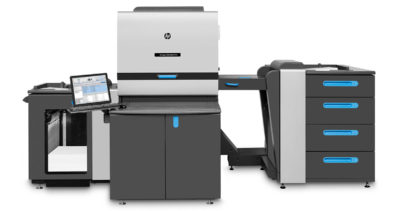 Out with the old, Indigo with the new